The LEER BROTHERS Band sends condolences to the family of CHARLES FACH, JR.
FACH passed away MONDAY, APRIL 25th 20011 in HERMITAGE, TN, outside NASHVILLE, at age 82.
Fach began his career in the music business in 1952 at RCA in Camden designing business forms. He was quickly promoted to regional sales manager and served as marketing director for several years. In the late 1950's, Fach joined Mercury records and in 1961 he became President of their subsidiary label Smash. As the head of Smash, he worked closely with artists like Roger Miller, Bruce Channel, the Angels, and the Left Bank.
Fach went on to become Executive VP of A&R at Polygram records where he successfully developed the careers of Bachman-Turner-Overdrive, Kool and the Gang, the Bar-kays, and the Ohio Players. In 1979, Fach moved to Nashville to head Musiverse, a production subsidiary of Polygram, where he was executive producer of several country albums with George Burns, including the single "I Wish I Was 18 Again", written by Sonny Throckmorton.
He had two top ten hits with the Kendalls on Mercury Records (via MusiVerse) with "Before I Cheat" and "If You're Waiting On Me, You're Backing Up." In the early 1980s, Fach started his own label, Compleat Records, which produced several top ten singles with Vern Gosdin including "I Can Tell By the Way You Dance (You're Gonna Love Me Tonight)" and "If You're Gonna Do Me Wrong (Do It Right)" .
Through the years Jay Leer had occasional yet extended phone calls with Charlie.  These calls continued to reveal that Charlie maintained his "ear" for the music, "heart" for the business and the soul of a friend. No obituary can adequately or accurately trace Charlie Fach's influence on those who's lives he touched. 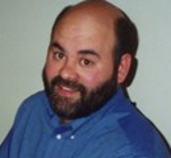 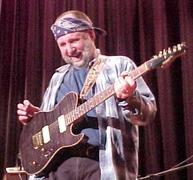 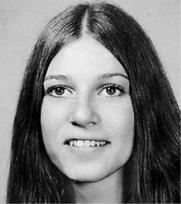 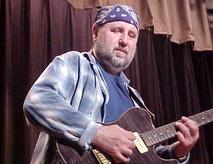 MAGIC & LOSS
"...THERE'S A BIT OF MAGIC IN EVERYTHING AND THEN SOME LOSS TO EVEN THINGS OUT " - LOU REED

WE GRIEVE WITH OUR BROTHER MIKE OVER THE LOSS OF HIS WIFE DENISE.

DENISE MADE MIKE A BETTER MAN AND MUSICIAN.
HER DEATH AT THE HANDS OF AN "IMPAIRED" TOW TRUCK OPERATOR IS JUST TOO MUCH TO PROCESS.
PLEASE KEEP THEM BOTH IN YOUR PRAYERS.
The BROTHERS.

A tow truck driver from Wilkes Barre who had been serving time in prison for homicide by vehicle has died.
The operator, 60, passed away at a hospital in Wayne County.
He was found guilty in 2012 of driving under the influence when he caused the death of Denise Polinchak.   He was dispatched to her call for assistance.
According to police, he was called to tow Polinchak's car from the Social Security building near Wilkes Barre.  Investigators reported when he backed up, Polinchak was hit by the open driver's side door and thrown to the ground.  She died from the injuries.
He had served four years of a four to eight year sentence.

- info taken from WNEP-TV 16  "Convicted Tow Truck Driver Dies During Prison Sentence", name redacted
Thanks to all for your support of Mike.

Mike was all about Tone AND SUSTAIN.

He played with the Confidence, Cooperation, Determination  and Drive that was established by Jay and Lars from the beginning.
We all agree it was A pleasure sharing the stage with him.
"Mike was the best guitar player I ever played with...we never argued." - Jay Leer.
"In every way Mike was a gentleman with a sense of humor and a deep understanding of his instrument and amp." - Lars Van Leer
"Mike was always prepared.  rehearsals were pleasantly intense and efficient as Jerry, Lars and Mike would polish and detail songs until they were "right"...They all Knew "stuff that worked" AND Tuesday rehearsals in the Penn Lake basement were a drummer's delight.  We drove to gigs together and laughed... a LOT." - Twig
Mike's contributions to the Band are documented in our Bio but the depth of his time us is difficult to adequately convey.
"If you were Mike's student he had a genuine and unrelenting desire to make you your best...
...If you were a peer he loved the time he spent trading solos, riffs and chords with you." - Twig

​The Leer Brothers Band were shocked and saddened to learn of the passing of their talented and loyal set-up, lighting and sound tech Bobby Meehan.
Bob was brought into the band as a Coughlin student by Jay Leer. It didn't take long to recognize that Leer was right: "This kid's got a lot on the ball".
During his time with the band Bob was consistently on top of anything electrical - cables were quiet, no pops or buzzing (except at Gennetti's - we would tease Bob and laugh about changing all those damn rheostats!!) and the PA was always ready and willing to take our abuse.
Bob and Decker were singularly responsible for capturing the most complete live Leer Brothers Band recording at Bishop OReilly High School. It was decided at the spur of the moment and is a testament to the talent, skill and artistry of "our guys". It can be heard below at:
https://soundcloud.com/user-602317201/leerbrosbandbishop-oreilly-hs-feb-1982
Rest in peace Bob - We're sure you'll have things set up when we get there.