Some of the "performances" became "auditions" with one descibed as "a real disaster".  On the way home Leer, Lars and Mike met at a diner to talk things out.  In the course of the conversation Mike brought up a drummer he had played with in "North American Bear" - a group originally formed with the remnants of the Rhythm Blues.  He was the last of a series of drummers in the group, knew most of the songs in the Brothers set list, was confident in his abilities to learn the others and had the stamina to survive the groups reputation for playing "kill the drummer".  Lars had heard of him - Leer had not.

As they left the diner to head home Lars pulled Mike aside: "Call Twig."

Mike had been through this before when "The Bear" needed a drummer.  He and the bass player had spent an afternoon in Twig's parent's basement in Mountaintop "auditioning" him.  John 'Twig' Twardzik passed the audition and was hired.

It had been a while since Mike and Twig had spoken.  They had gone their own way when Mike left N.A.B. shortly after the Agnes flood of '72.  Mike's bands were always good and competed with "The Bear" wherever they went.

The phone call caught Twig off guard.  Especially since he had gotten complacent playing in some short lived bands, managing a record store and working the DJ booth at an area club.

There was a familiar but exciting quality in how Mike handled the call and before Twig knew it he was in another basement auditioning with Mike and a bass player.  Even though there was a "practice set" in the basement of the modest Pocono summer home owned by the Brothers' parents, Twig was told to bring what he could fit into his Mustang.  He later learned that Lars wanted to see what kind of equipment came with him.

Twig recalls:  "All I remember is feeling really good with the songs and the arrangements.  Lars and I seemed to click musically - if I rolled into a change that I felt coming - he and Mike followed.  If he 'walked' into a change or a chorus or a hook - I felt it and together we made the transition.  The hits were the same thing.  Maybe it was during Todd Rundgren's "Slut", when I started singing the response, that I thought I sealed the deal."

But the deal wasn't offered.

Later Mike and Twig talked at length.  The Brothers had a "reputation" for being demanding, relentless and unforgiving.  Twig had heard it all - especially "The Look".
Lar's had cultivated an expression known as "The Look" and used it whenever someone had just screwed up.  Mike's response was "...yeah, some of it may be exaggerated but it's like that  - you gotta pull your weight, and keep 'the groove'.  Lars is big on 'the groove'."

Twig would have to wait for the verdict.

About a half hour into the second audition the outside basement door opens: Jay Leer had been summonded over the phone by Lars.  "Hey Leer, I think we got the guy."

It was Jay, Lars, Mike, and Twig from then on. 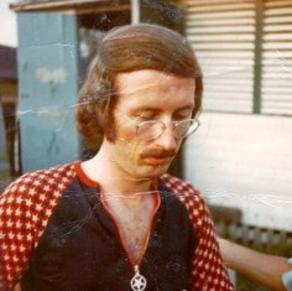 For almost 3 years Jay Leer, "Lars" Van Leer, and Tommy "C.W." Wynder had been the rhythm section for the immensely successful Mel Wynn and The Rhythm Aces.  Then in 1969 Jay, his brother "Lars" and "C.W." decided to try out their original material:

The Leer Brothers Band was born.

With Lars on lead vocals and bass, Jay on lead guitar and vocals, and Tommy on drums, they recruited a former Rhythm Ace: Bob O'Connell on keyboards.

The original line up was set and it was time to start shopping the group and its material.  Jay and Lars are fond of saying they hold the 1969 record for being “kicked out of the most recording company offices” in one day .

Persistence, confidence, and a sense of humor paid off.

It was Charlie Fach who took a chance and signed them to Mercury Records’ Intrepid label.  “Love Fever” b/w “Travelin’ On” was the Leer Brothers first official single.  It was successful enough in the secondary markets for Intrepid to release a follow up. 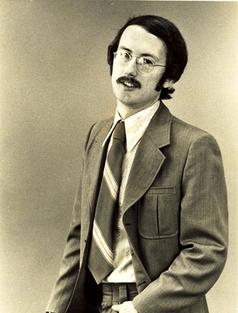 The Brothers were given the go ahead for another record.  “Mystery Of Love” b/w “Just Tryin’ To Please” came out of the sessions and was pressed on the Intrepid label.  Released in 1970, "Mystery Of Love" quickly worked it's way up to the #1 slot in twenty-two markets from Utah to South Carolina!  Yet when it came to the national charts it stalled somewhere in the nineties.  Billboard magazine dubbed the group "The Kings of the Secondary Markets".

Again a sense of humor paid off and they embraced the moniker - but it couldn't completely ease the sting.  The Brothers wanted to break nationally.

In an effort to take advantage of the momentum "Mystery Of Love" had given everyone and subconsciously prove Billboard wrong, the Brothers took the band into the studio and recorded "I Pray" b/w "People We Got To Live Together".​​

​About this time it was also becoming apparent to Jay and Lars that their interests and audience taste was becoming, in Leer's recollection: "heavier".  "I wanted to step away from the lead guitar duties and concentrate on harmony vocals."  Lars secretly had a "someone" in mind and arranged a visit to the former Treadway Inn - now The Woodlands.


Polinchak had attended high school with Lars and built a reputation in competing bands. Apparently Mike's latest band was on the verge of breaking up and word was he was "looking". It didn't take much for Jay and Lars to convince Mike it was time to join forces.  The Brothers also benefitted from Mike's booking "connections".

It never dawned on anyone to slow up or take a break from performing.  Leer worked booking agents and connections throughout Northeast Pennsylvania, New York and New Jersey knowing it would keep the band lean, mean, and in the green.  Polinchak mined his contacts with enthusiasm.  Jay was still making regular trips into "the City", Lars was attending a NY college as an architecture student, and Bittner was holding down a variety of jobs while traveling to rehearsals in the Poconos.

Early in 1975 Bittner announced his departure.  Doug and Lars have remained friends to this day.

Within weeks Donnie left the band and joined the Air Force.  Shortly after his departure Buddah Records offered the Brothers another shot at a 45.  They liked the demos of “I Wanna Take You Down” and “Billy Bam Bam”.

Jay Leer had a drummer in mind.  Lars had a let's-shop-around-and-see-what's-out-there attitude.  Leer snapped at the thought of yet another audition telling Lars and Mike: “When you guys find the drummer, call me.  I can’t handle this shit anymore.  Don't take all day either, we've got gigs and sessions coming up!”

The "Love Fever" sessions allowed Jay Leer's production and promotion talents to develop. They did not go unnoticed by Charlie Fach, who hired Jay Leer to be his assistant A&R and in-house production man at Mercury Records in New York.  Even though his office was officially in "the City" his territory spanned the East Coast.  Leer held the position from 1969 to 1975.
During this 6 year tenure with Fach, working at Intrepid and Mercury, Leer helped with the release of Rod Stewart's "Maggie May", the signing and development of John VanHorn, production of Gunhill Road's "Back When My Hair Was Short" (there are 3 different producers credited), producing John Valby's (a.k.a. the legendary Dr. Dirty) "The Rocket Ship Song" Mercury 73264,  producing and mixing Melba Moore’s 1972 LP "Melba Moore Live!" as well as helping sign and produce several other acts and albums for the label.

At this point in time Fach was promoted to Mercury Records as VP of Operations. He took Jay in a lateral transfer.  The Leer Brothers Band were now on the Mercury roster.  The 45 was released on Mercury Records in 1971.  "I Pray" was embellished with strings and horns and included producer Bob Feldman reading "Psalm 23" over the fade out.
It was an ambitious attempt that Leer openly regrets to this day - "I learned you never follow an up-tempo success with a slow song.  Lars and I had better songs ... I never let myself make that mistake again ... in the long run I think, hell, I know my clients benefitted."

JAY AND LARS GRABBED THEIR SONGBOOKS AND THE BAND HEADED BACK TO THE STUDIO DETERMINED TO MAKE UP FOR ANY GROUND THEY LOST.  "DAYDREAMER" B/W "BILLIE AND BESSIE" WAS RELEASED BY MERCURY IN 1972, BUT THE MOMENTUM WAS LOST.  IT NEVER CHARTED.

1972 saw the beginning of personnel changes that hit the band at its core.

O'Connell tired of the Top 40 grind and wanted to leave.  Bob had been bitten by jazz and began to miss his blues roots.

He doesn’t discuss it much but his talents backed up such notables as Clarence Spady.

Leer had made the acquaintance of Doug Bittner, a Long Island N.Y. staple, when Bittner was shopping his song "Grizzly Bear".  He replaced O'Connell on keyboards and vocals.  Doug’s stage antics brought renewed energy to the band's live performances.

“C.W.” also wearied and followed Bob to “pursue other interests”.

"C.W" would later return to drumming with The Mel Wynn Trend.  Both O'Connell and Wynder joined the 1993 Mel Wynn Reunion tour.

Ted Maus, who Lars knew from The Rhythm Blues era, handled the drums until 1973 when Donnie Miller, the original Rhythm Blues drummer, was brought in.  Maus had decided law enforcement provided a better career path.